Skip to content
— For the Mind, For the Soul —

“I cannot and will not recant anything,

for to go against conscience is neither right nor safe.

Here I stand, I can do no other, so help me God.

What does October 31st mean to you?

This year marks 498 years since the great Protestant Reformation was launched in 1517.  Martin Luther nailed his 95 theses on the Wittenberg Castle Church on Halloween Day, Oct. 31st.

How many people remember that event when they think of Oct. 31st?

Sadly, instead of remembering that, many Christians celebrate Halloween. They see no problem with Halloween even though numerous ministries have shown the occult roots and darkness Halloween promotes.

“What fellowship has righteousness with lawlessness? And what communion has light with darkness? And what accord has Christ with Belial? Or what part has a believer with an unbeliever? (2 Corinthians 6:14-15).

I won’t elaborate on the origins of Halloween in this post, but if you want more details (kudos to you for being a researcher!) you can check out the links in the resources below, as well as the embedded links in the paragraph above.

Luther did not want to revolutionize the world. He addressed issues in the church and did apologetics.

The Reformation is the absolute greatest and most important thing that has happened in Church history since the coming of Christ.

“Go impact/change the world for Christ” or “Revolutionize the world”?

Well, God did not call us to revolutionize the world. He called us to make disciples and spread the Gospel (Matthew 28:19). We have a calling to be the salt and light in the world through godly living (Matthew 5:13-16).

So many Christians want to do anything but what the Bible requires. They would rather do exciting social activities rather than submit to God, live in practical holiness, not conforming to the cultural trends.

When Luther posted his 95 theses on the door, he wasn’t doing it to start a revolution. He wanted to write a article that expressed his indignation at the corruption in the church. He wanted the truth to be spoken. It was the custom for scholars during that time to post articles on the door of the church where people could read them, similar to posting something on an online forum, popular website, or Facebook page. Luther even wrote the 95 theses in Latin, a language which only educated people (like scholars and theologians) could read- the masses of people in Germany could not.

Yet, from there, it’s amazing to see God’s hand orchestrating everything to change history!

Do you know the Monumental story of the Reformation?

Short examples of how God directed everything for the Reformation to take place:

҉    The printing press was the new invention during that time, and some supporters and students took Luther’s 95 theses, translated them in German, and spread them far and wide. 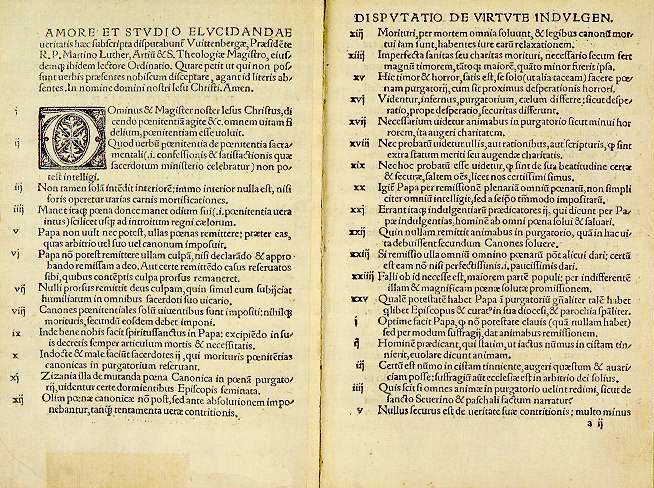 ҉   As a young monk, Luther was in deep turmoil and could have become a psychiatric case from self condemnation. Johann von Staupitz was a father figure, mentor, and support to Luther. He was the vicar where Luther was a monk in his early years. God used Staupitz to direct Luther toward the Gospel of Grace. So it wasn’t because of any special quality that Luther had which made him a great monument of the Reformation- it was purely God’s grace and will to use him.

(Johann von Staupitz, vicar where Luther was a monk)

҉     Frederick the Wise, a rich and influential prince of Saxony was in favor of Luther’s ideas and was used by God to protect and save Luther’s life from the wrath of the Pope and the Catholic Church during the beginning of the Reformation.

҉    The German princes and the Roman Catholic leaders were at odds with each other for different political reasons, so when they met to plot how to silence Luther, they ended up quarreling among themselves for a long time and could not reach a conclusion, meanwhile support for Luther among the whole German population was growing stronger and stronger, leading to the growth of the Reformation.

҉    The story doesn’t stop here! Luther was the bastion of the Reformation. God also used many other reformers at different levels of influence so the Reformation would solidify across Europe. There were forerunners such as John Hus, and contemporaries like John Knox, Zwingli, Calvin and William Farel, and others like John Wycliffe and Tyndale, each with intriguing stories! 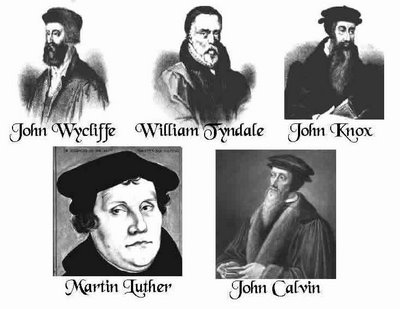 (Some Profiles of the Reformers. Source)

҉   There are so many fascinating details and many colorful characters involved in the story of Luther and the Reformation-  it would be too much to add here! So these are the TOP TWO resources I recommend you should use to learn about Luther: 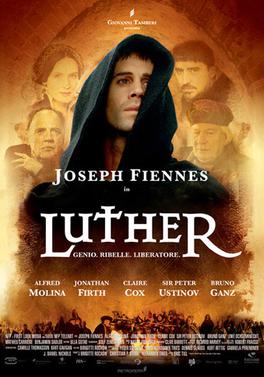 Now you know what to Celebrate!

I hope this short summary opened your eyes to the glorious work of God through the Reformation! As Christians in the 21st century we benefit immensely from it and have much reason to celebrate. The Reformation brought us the precious doctrines of Grace, justification by faith and more! It demonstrates how God always guides and directs every detail of our lives and the world.

Great Timeline of the Reformation to buy/download

Neat trivia about the Reformation

Details about the Reformation

Pictures to visualize the life of Luther

A Commentary to Consider: The Celebration of Halloween

The Connection Between Halloween and Reformation Day

2 thoughts on “Celebrating the Reformation – The Antithesis to Halloween”